For 2017, Resolve to Acquire the Spirit of Peace 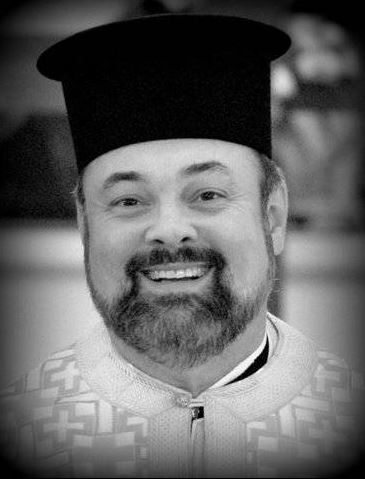 If you’re still looking for a New Year’s resolution, you couldn’t do better than to try the best-known instruction of a 19th-century Russian monk named Seraphim of Sarov: “Acquire the Spirit of Peace, and thousands around you will be saved.”

Far from naive, religious fluff or spiritual psychobabble, these words of a forest-dwelling hermit who became one of the most revered saints of Orthodox Christianity are eminently practical. For example, I try (and often fail) to remember them when I turn on the news or pick up a paper, and find myself assaulted by the abundant evidence of the Fall.

It’s so easy to become cynical as a result of the darkness one encounters, even second-hand through media, that I’ve actually fasted from news as much as possible ever since Advent began.

One could say I’m burying my head in the sand to avoid the “real world.” Yet I challenge whether the news presents an accurate, proportioned view of reality. And I assert that my abstinence, an effort to follow St. Seraphim’s advice, is actually very real world.

Because in the face of wars, shootings and the fascination with obscenity that can be brought to my living room each night, the question is, “What am I supposed to do?” Soak it in and become angry or depressed? Whom would that help? Not me, which is where I must begin.

If the world is mad, I must strive to be sane. If it’s agitated, I must strive for peace. And peace, as St. Seraphim knew intimately well, is the gift of the Spirit of Peace. It doesn’t just float around in space as some self-existing principle in the universe. That would be psychobabble. What I need, what the world needs of me, is to acquire that spirit. But how?

Why not begin with what worked for St. Seraphim? Fasting, to subdue one’s will and desires. And prayer, to stand still and silent before God. St. Seraphim used to stand all night in prayer, arms extended to the heavens. Do we pray even 30 minutes a day, or rebel against such waste of time?

In my years of pastoral ministry, let alone spiritual life, I’ve learned that when one is agitated, anxious or plagued by passions, one has typically also become lax in prayer and fasting. That’s more than a coincidence.

A final clue from St. Seraphim is mercy to others. After being beaten by brigands and left a hunchback, Seraphim pleaded for clemency at their trial. How could his heart enshrine the Spirit of Peace, if hardened and agitated by desire for retribution?

What the world needs is more willingness to grant mercy. That’d be news. It would also require tremendous asceticism and effort. So you can resolve to do anything in the New Year, but if you want a challenge that may bring you and the world healing, acquire the Spirit of Peace.